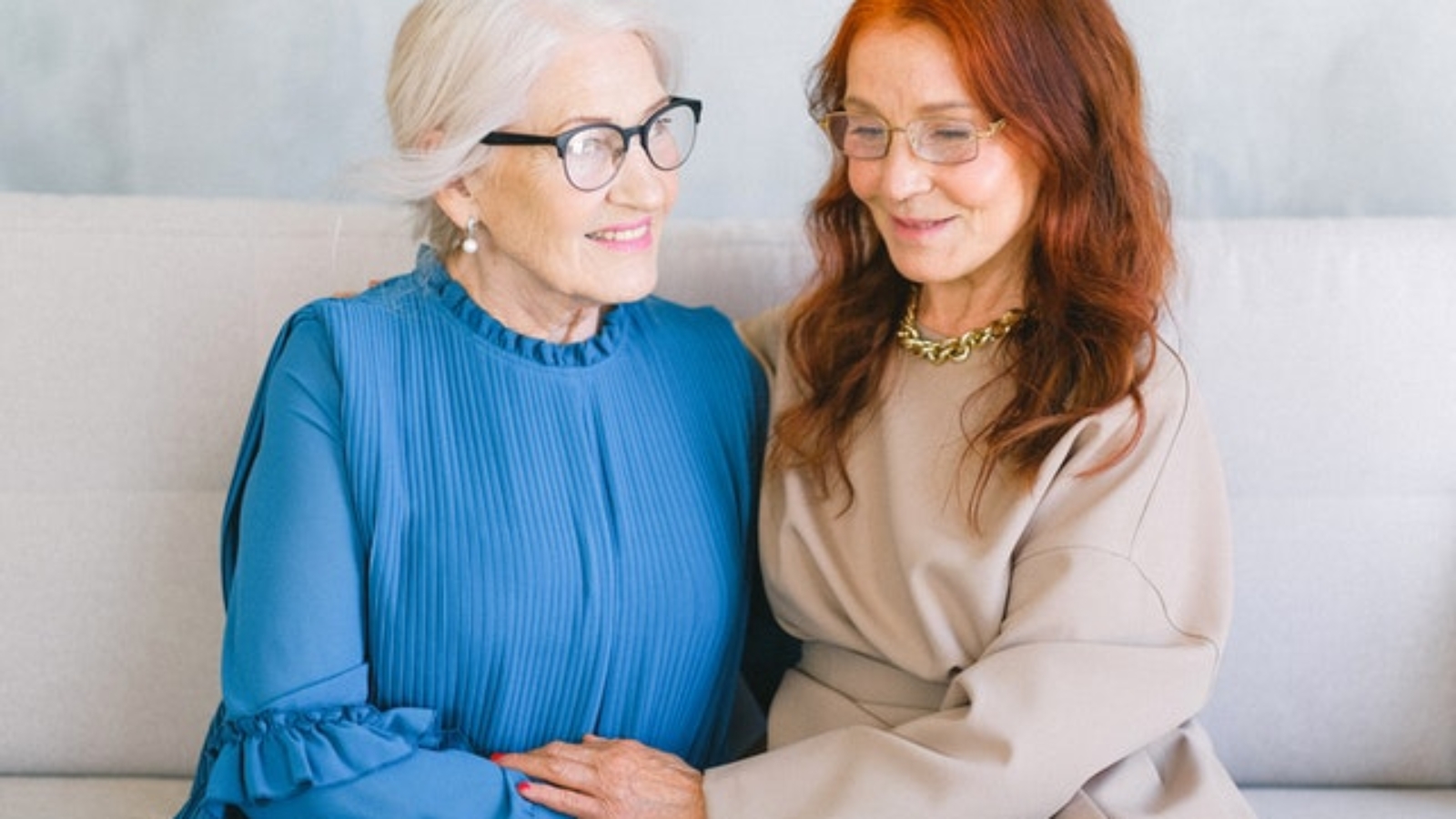 This week I’m talking about an article I recently saw in Forbes magazine entitled, What’s The Future For The Retirement Security Of Women?

The article is based on interviews done with participants of a recent virtual summit hosted by the Women’s Institute for a Secure Retirement (WISER),

WISER is a Washington-based advocacy group who celebrated their 25th anniversary by looking at how far women have come in their ability to retire well and how far they still have to go. This was one of the questions posed at the summit and it’s definitely a loaded one.

In the article, Cindy Hounsell, WISER’s founder and a 2015 Next Avenue Influencer in Aging, reflected on what things were like when her organization began in the late 1990s and how she sees the future for the retirement security of women.

Hounsell told the writer of the article that Wiser started to address this question and urged people to start these discussions a long time ago. “Back then, she said in the interview, you couldn’t find anybody to talk about all of these older women in poverty. People would just look at me and say, ‘Well, it’s the way it’s always been.’ That has changed in a big way. People talk about it now.”

This is one of the main reasons I wanted to start this podcast so that I could join the conversation and encourage women like you to talk about your money and your retirement.

Anna Rappaport, an expert on the impact of change on retirement systems and workforce issues who spoke at the WISER summit, agreed.

“When Cindy started WISER, I would say there was practically nobody really thinking about women’s retirement issues. They were oblivious. Whereas today, a lot of people are thinking about them, and a number of financial service companies recognize them,” she said. “There’s a lot more sensitivity and concern about women’s issues.”

While the summit had some disturbing outlooks and opinions on how women will fare in retirement, there were many positive perspectives. Hounsell was one of them stating,  “I’m more optimistic than probably a lot of other people, because I think we’ll have better tools,” she said. Already, Hounsell noted, it’s become easier for women to access personalized retirement information — such as through the new, simpler Social Security Statements they can get on the Social Security Administration’s website.

While many people believe the entire financial system was created by men, for men, there have been many accomplishments to make the financial system more female friendly and there’s huge groundswell behind improving women’s financial literacy and financial wellness. We just can’t stop now and this is my number one mission at Her Retirement. We just need more women to make it a priority and commit to both. There’s no reason to be intimidated or overwhelmed. I believe that when women commit and invest in themselves, and decide to change their financial destiny, they will.

Hounsell agrees, “this is a big part of what we’ve tried to tell people; that you need to become your own advocate. You need to get that financial information like you would with a health situation.”

This all being said, there are many Concerns About Retirement Prospects for Women…and rightly so.

CEO and president of the Transamerica Institute and the Transamerica Center for Retirement Studies (and WISER presenter), Catherine Collinson, recently wrote: “Despite progress made in recent decades, women continue to be at greater risk of not achieving a financially secure retirement than men, in large part due to the gender pay gap and time out of the workforce for parenting and caregiving.”

Another WISER summit speaker, Ramsey Alwin, president and CEO of the National Council on Aging is concerned that over the next ten years, women of all ages will be rushing to make up for lost wages and savings due to exiting the workforce for caregiving responsibilities. Without intentional investment in caregiver supports and quality job creation, she believes it’s not clear that we’ll be able to restore women’s labor force participation to pre-pandemic levels.

According to the Forbes article writer, and I agree…this could have implications for long-term personal financial stability, including the adequacy of Social Security benefits.

More than half of working women (51%) say their financial situation has been negatively impacted by the pandemic.

According to a new study by the Transamerica Center for Retirement Studies in collaboration with the Transamerica Institute, called “Life in the Covid-19 Pandemic: Women’s Health, Finances, and Retirement Outlook,” there’s reason for women to be concerned and to take action now.

The report states, “Amid the pandemic, many women have been stretched beyond their limits, balancing work and family. Given these pressures, some have given up their employment and dropped out of the workforce altogether.

At the summit, Nancy LeaMond, AARP’s executive vice president and chief advocacy & engagement officer in Washington, D.C. and another Next Avenue Influencer in Aging, presented some rather bleak statistics: “Since the beginning of 2020, four in ten working women age forty to sixty-five experienced job loss, reduced hours, furlough, temporary layoff, or reduced wage. And 58% of women 65+ now live in poverty.”

Here’s some other disturbing stats:

Many boomer women have saved a mere median of $7,000 in emergency savings, compared to boomer men with $25,000, according to Transamerica.

Women are less likely than men to have saved for future medical bills. A recent survey of over 1,100 beneficiaries 65 and older, by MedicareGuide, found women are twice as likely to not have savings for medical bills, compared to men (21% to 11%). While 41% of men 65 and up have more than $6,000 in savings for medical bills, just 28% of women that age do. No surprise that 51% of the women surveyed said they’re concerned a health situation could lead to bankruptcy or debt vs. 40% of men.

Black women are especially vulnerable to health and wealth issues affecting their retirement prospects. Many have spent their careers in low-wage jobs, Rodney Brooks wrote in his excellent new book, “Fixing the Racial Wealth Gap: Racism and Discrimination.” And, he wrote, “they are also likely to outlive their partners and are more likely to grow old alone and in poverty.”

Brooks noted that Black women in the U.S. who work full-time are typically paid just 63 cents for every dollar paid to white men. Black workers, and Black women in particular, are less likely to work for employers that offer retirement benefits.

Other worrisome trends Rappaport stated: An increasing inequality by economic status, a decline of traditional pension plans and retiree health plans, the growth in gig employment and low-benefit jobs and the small declines in overall gender pay gap. “I would expect modest, but not dramatic, continued change for women in the workforce and pay equity,” Rappaport said.

However, many people at the summit, including Hounsell, remain optimistic. This is because they believe policymakers will make changes to change women’s retirement prospects.

So here’s a few things policymakers could do

“The Saver’s Tax Credit, which the majority of women are unaware of, will be improved in the future,” according to Hounsell. “This will be a significant benefit for many women.”

It’s a tax credit that’s effectively a match for retirement contributions made by low- and middle-income people. The lower your income, the bigger the credit rate you qualify for. Congress is considering raising the income limits for claiming the Saver’s Credit and simplifying the tax-filing requirements to take the tax break.

Alwin hopes Congress and the Biden administration will also enact what’s being called The SECURE Act 2.0. This legislation would, among other things, extend employer-based retirement savings offerings to more part-time workers; increase retirement plan “catch-up contributions” (additional amounts people 50+ can put in) and make the Saver’s Tax Credit refundable, to lower your tax liability no matter how much you owe in taxes.

This bill “would go a long way for women, especially women of color,” Alwin said.

There’s no doubt women need help securing their retirement. I know of many organized and grass-roots initiatives pushing for this reform and urging women to get more educated, involved and committed to changing their retirement. There’s definitely much more conversation between women and in the world at large about overcoming women’s unique challenges on the path to financial wellness and retirement security. And this is just another reason I too remain really optimistic. Perhaps I’m giving policymakers and the financial services industry too much credit, but I do feel positive that change will come and women will get some much needed assistance. When it does, it will be a win win for everyone and the economy at large.

This all being said, the first step, however, is to commit to you. It starts with you. As we start the new year in just a few short days, make a commitment today to yourself. Make a commitment to “Getting Her Done in 2022 and beyond. My personal motto for 2022 is, “It starts with me.” It’s kind of an ode to the popular phrase, “It’s all about me.” But it really isn’t. I much prefer, “It starts with me.” That’s what I think anyway and that’s what I’ll be focusing on as I walk the talk and head closer to my own retirement.

As always I’m here to help you in anyway I can. I stand behind my mission to help one million women know more and have more by 2035. Please join my mission and if you need help with your retirement or you know someone that does, reach out to me at lynnt@herretirement.com.

Check out the podcast episode here!

Check out the podcast page for more episodes!