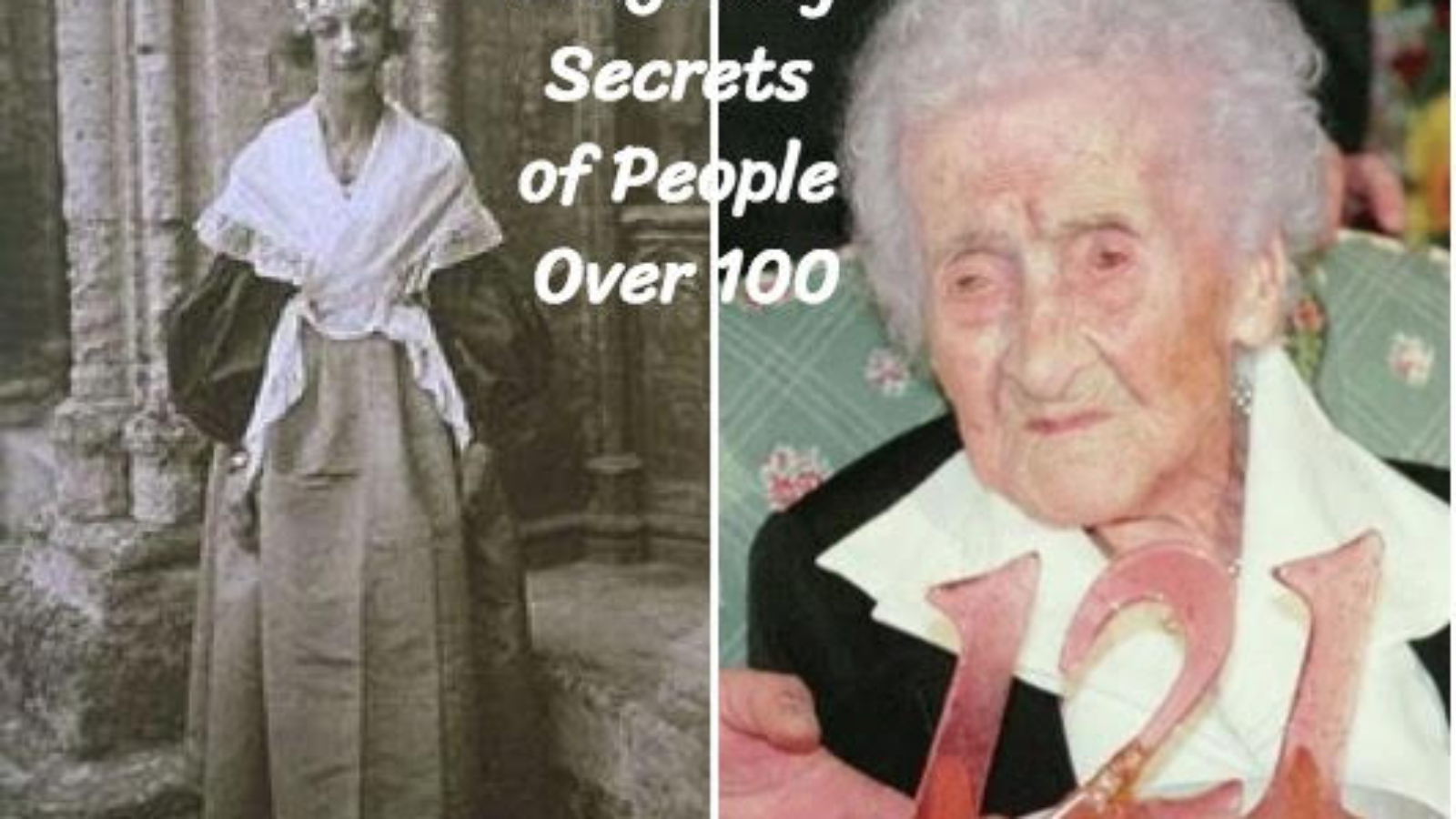 What can we learn from longevity secrets of people over 100? First, we exclude genetics, but assume this must be in their favor. Second, we look for diet and lifestyle similarities to form a behavioral pattern for healthy aging. Third, we condense these behavioral patterns into major lifestyle themes that led to increased longevity. Here are their lifestyles.

A study(1) starts with 122 year old JEANNE CALMENT (1875-1997)(photo) who actually smoked for 96 years, but only two cigarettes a day. She poured olive oil on all her foods and applied it to her skin. She drank port wine, ate two pounds of chocolate a week and rode her bike until 100. Her cigarette habit may be too little to be significant and she may have been protected by olive oil and other antioxidants.

SARAH KNAUSS(1880-1999) was 119 years old and considered the oldest person from the United States. She worked as a manager of an insurance agency. With little accounts, we have to rely on her daughter for an explanation. “She’s a very tranquil person and nothing fazes her. That’s why she’s living this long.” However, this explanation is not complete and I’m sure there is more to it.

EMILIANO M. DEL TORO(1891-2007) a man of 115 years who was born in Puerto Rico and worked in the cane fields until 81. He claimed that funche, a corn, codfish and milk dish saved him. He also felt that humor played a key role and continued to tell jokes until his final days. He was not as open about his love or social life, but admitted he attended bordellos up to 82 years old. His retirement years after 81 are not well documented, but we know he never lost his libido.

BESSE COOPER(1896-2012) who lived to a healthy 116 was a college grad in 1916 and became Georgia’s oldest resident after working as a school teacher. She had four children and always loved to read. She was quoted, “Mind your own business and don’t eat junk food. Treat everyone the way you want to be treated, work hard and love what you do.” Besse had respect for others, ate healthy, had a work ethic, and found her passion in education.

BEL KAUFMAN(1911-2014) who passed away at 103 was the Russian author of Up the Down Staircase. She came to the U. S. at 12 years old and earned a masters degree at Columbia. As a dedicated teacher, she understood the importance of laughter in life. “You can survive by seeing the humor in everything. Thumb your nose at sadness; turn the tables on tragedy.” This is a great attitude for managing stress which is important. She claimed, “I’m too busy to get old” and continued to write until 101 years old.

The most common dominant themes in this order:

(1)Heyne, A (no date) “23 People that Lived to 100 Spill Their Secrets of Longevity” Retrieved on 2-19-16 from modernhealthmon.com/23-secrets-of-longevity/ Photo: Huffingtonpost.com